When I am in our house, I want it to be light, bright and airy.  In fact, even in the daytime I will turn as many lights on in the house just to get this affect.  My husband has a theme song for me, it’s Trace Adkin’s “Every Light in the House is On” (classic 90’s country for all who don’t know).  Anyhow, one of the contributing factors of the darkness in our house are the old, scratched, tinted, dirty original 1950’s windows.  I have dreamed of new windows ever since we bought the house 5 years ago.  But every time we thought about installing them, we started another project or it just didn’t work out.  Well we finally did it.  We had our window contractor come out, measure and place our order.  I thought this wasn’t going to be a big endeavor because it sounded like you just pop the old ones out and pop the new ones in.  Ha!  I should have known, nothing in home renovations is that easy.  And I mean nothing.

So this story begins about 3 weeks prior to our date of window install.  Nathaniel tells me on a Friday night that he needs to really take a look at our sliding glass door opening to make sure it is structurally sound.  He had an idea that there may be some termite damage to the sill plate.  Well, that Saturday morning he started tearing things apart and came to the realization that there was a lot of damage.  Damage all the way down to the foundation and across the floor joists.  Everything needed to go.

So he enlisted his dad, and they got to work on everything.  They started with building temporary walls, and removed the old header above the slider opening.  The header was so bad that it was causing the roof to sag.  But don’t worry, Nathaniel being Nathaniel, figured out how to fix this, jacked up the roof and safely placed the new header above.  Of course it wasn’t as easy as it sounds, his Dad and him stayed up almost all night fixing it.  After this was done, we lived with a temporary plywood wall for an opening for about 2 1/2 weeks because the old slider was taken out already.

Next, was to work on the lower portion of the slider opening.  All of the wood that the slider was sitting on top of was rotted from water and termites.  The concrete steps that were just outside the slider were poorly designed and caused this.  So the steps were removed.  The sill plates, rim joist, and floor joists were also removed and replaced with new wood.  This was major construction.  But with the help of Nathaniel’s dad, sister and brother in law it got done and everything is better and built correctly.  I think we installed around 12 new floor joists, and let me tell you when you walk into the living room of our house you actually notice a difference in the floor strength.  It is built sturdy.

Who would have known all of this had to be done?  Like I said nothing comes easy, but what do you learn from easy?  I’d also like to point out and state, Nathaniel is no longer just remodeling our house, I think it’s safe to say he’s actually rebuilding it!  Ha!

Here are some pictures of the current state of our new windows and house.  We still need to add new trim to the windows, place the wood siding back up, and cover up the removed plaster on the inside where the slider is.  Oh and we also have to rebuild some stairs/deck that leads to the patio. 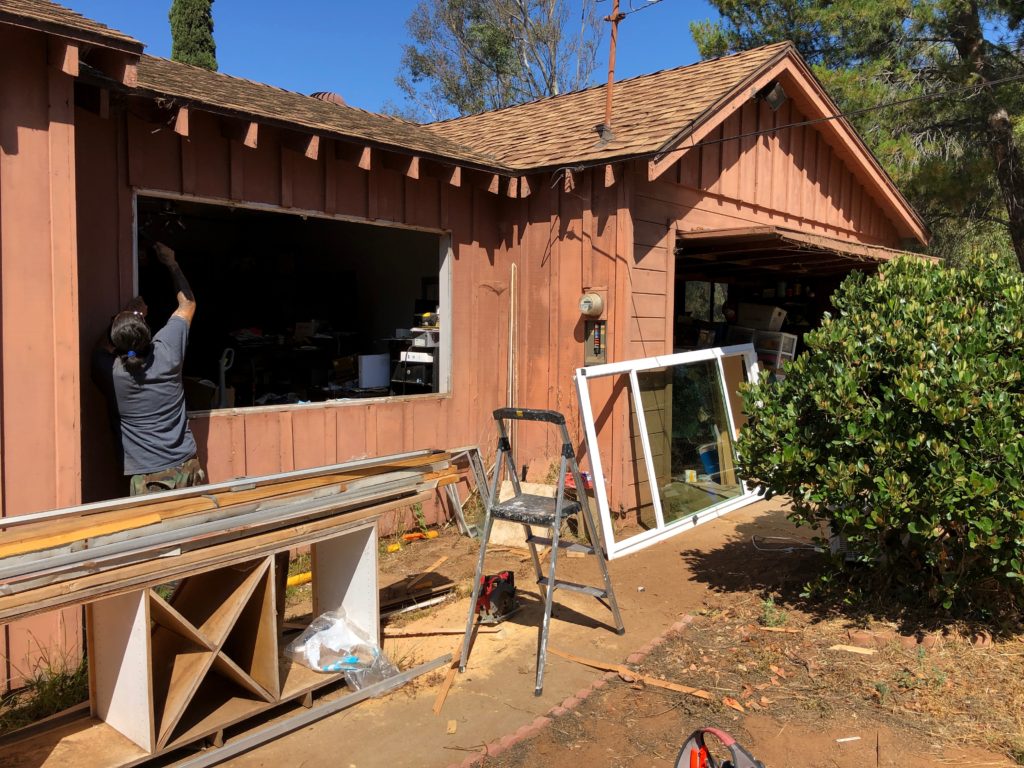 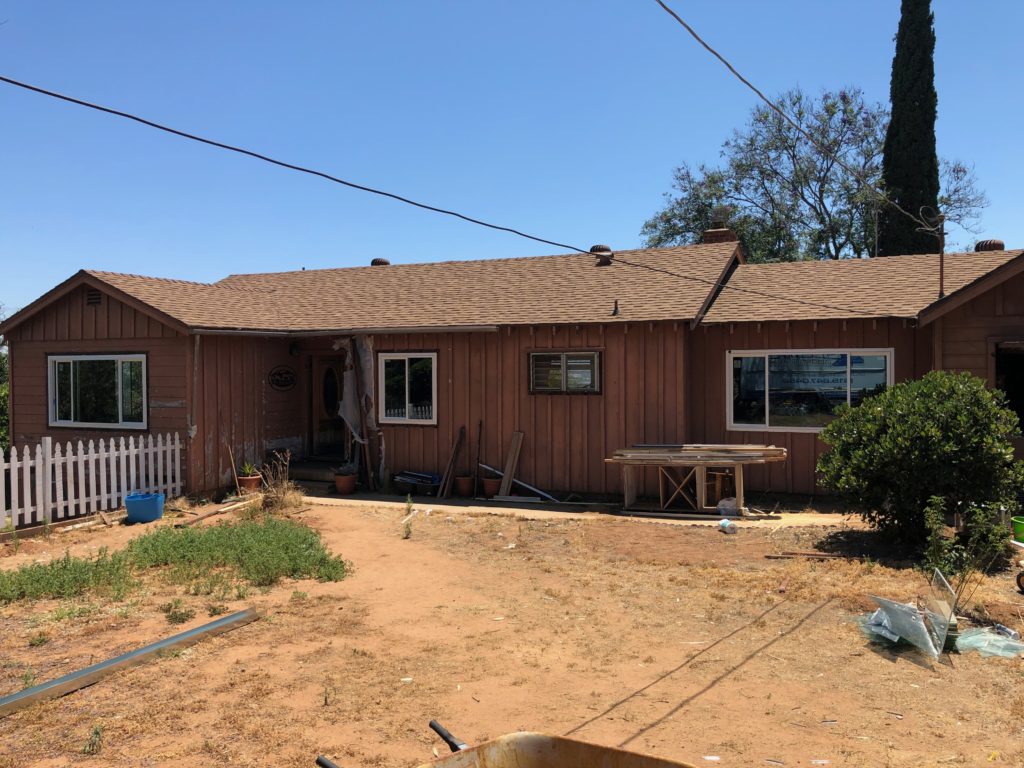 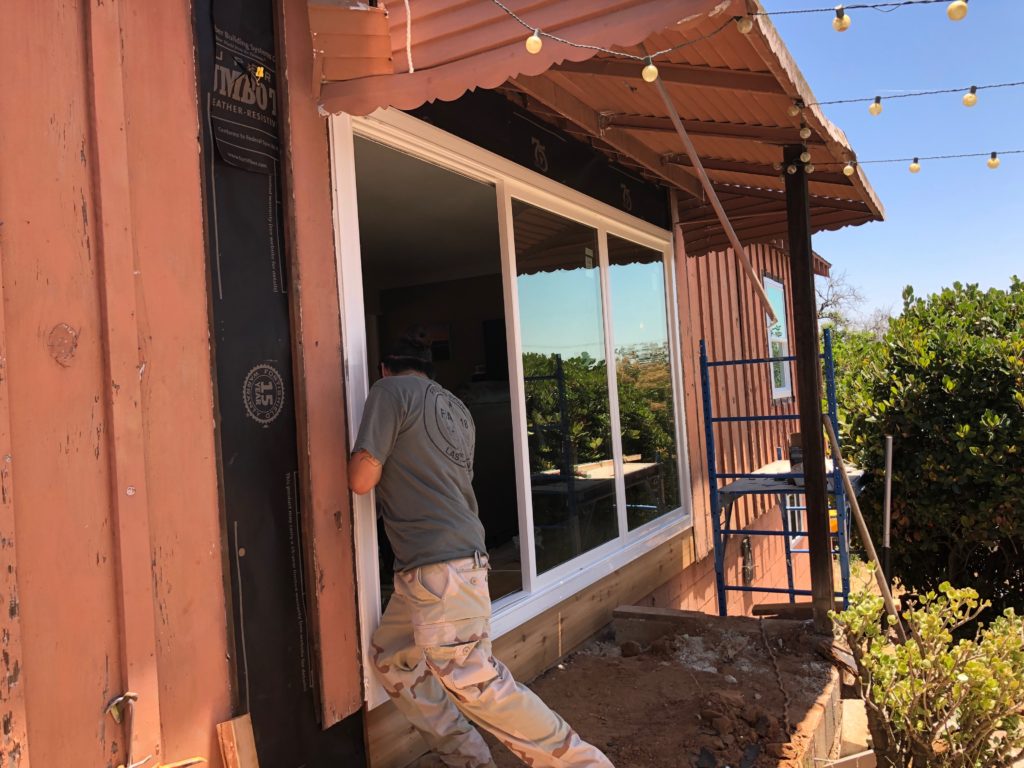 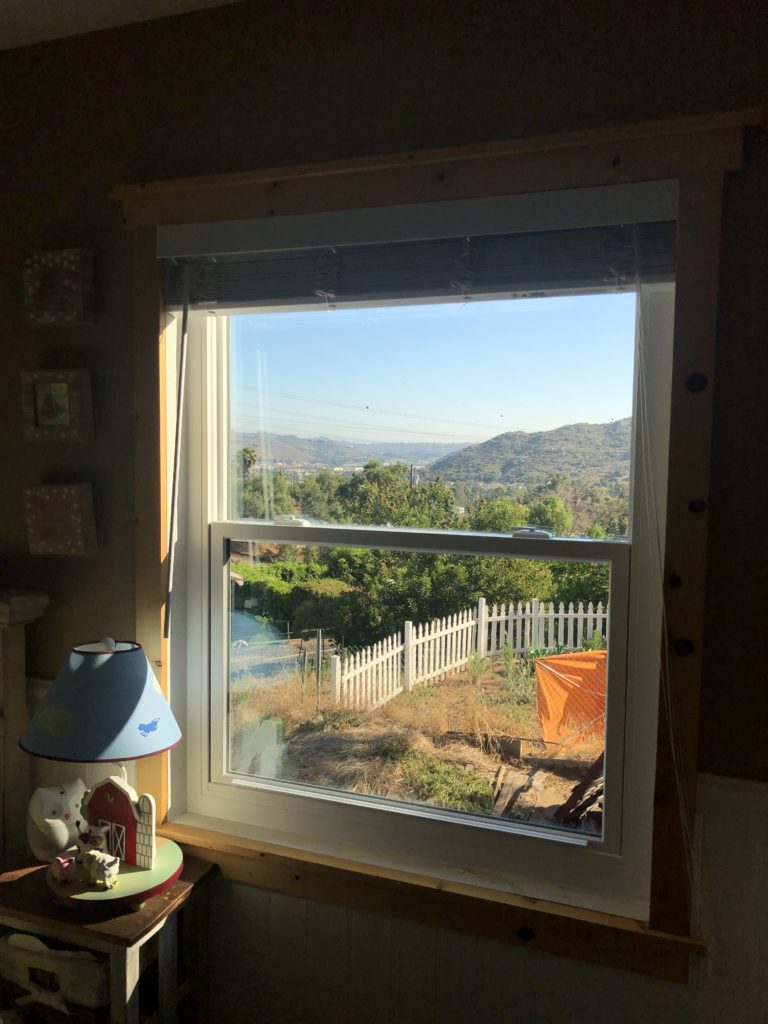 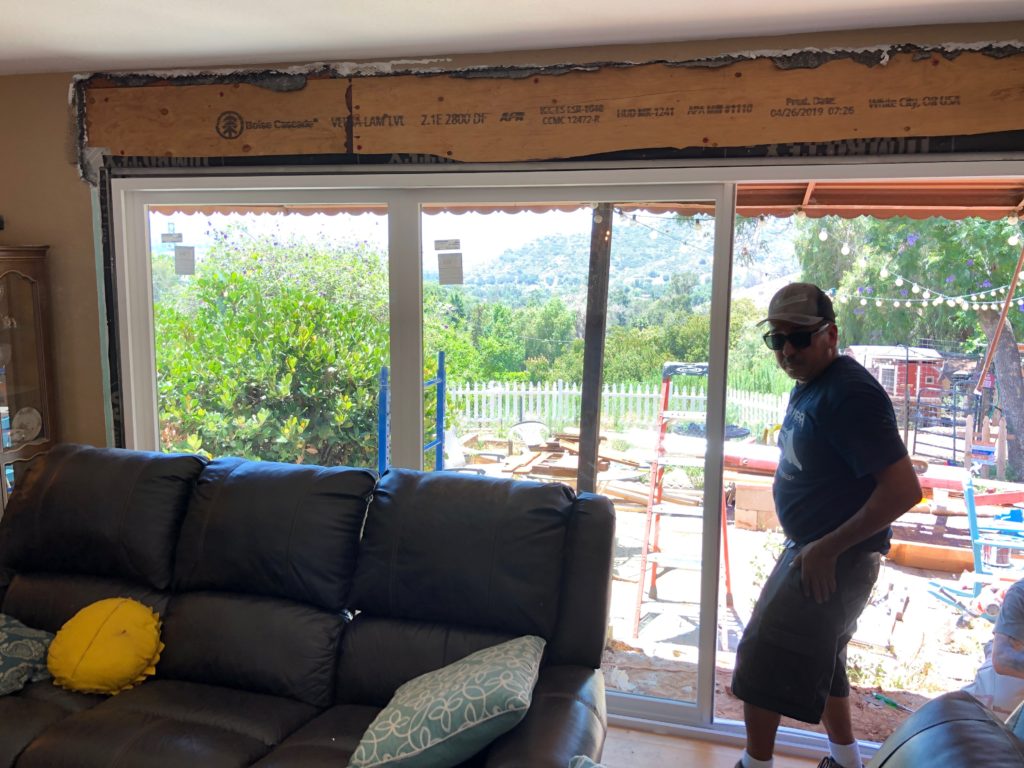 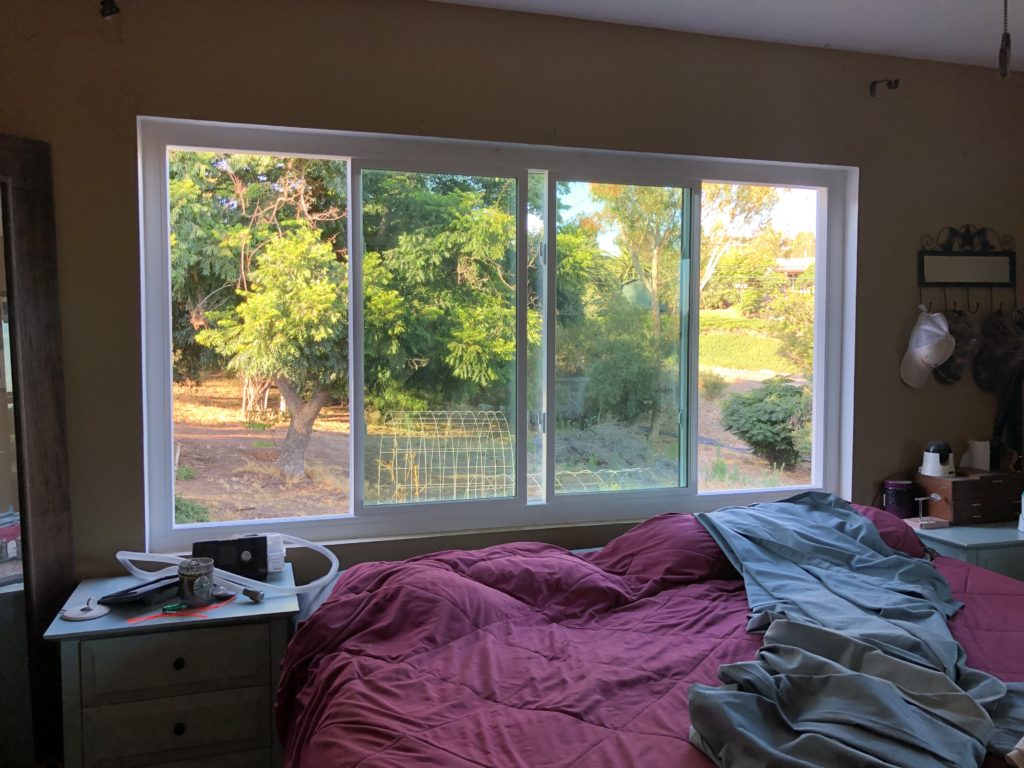 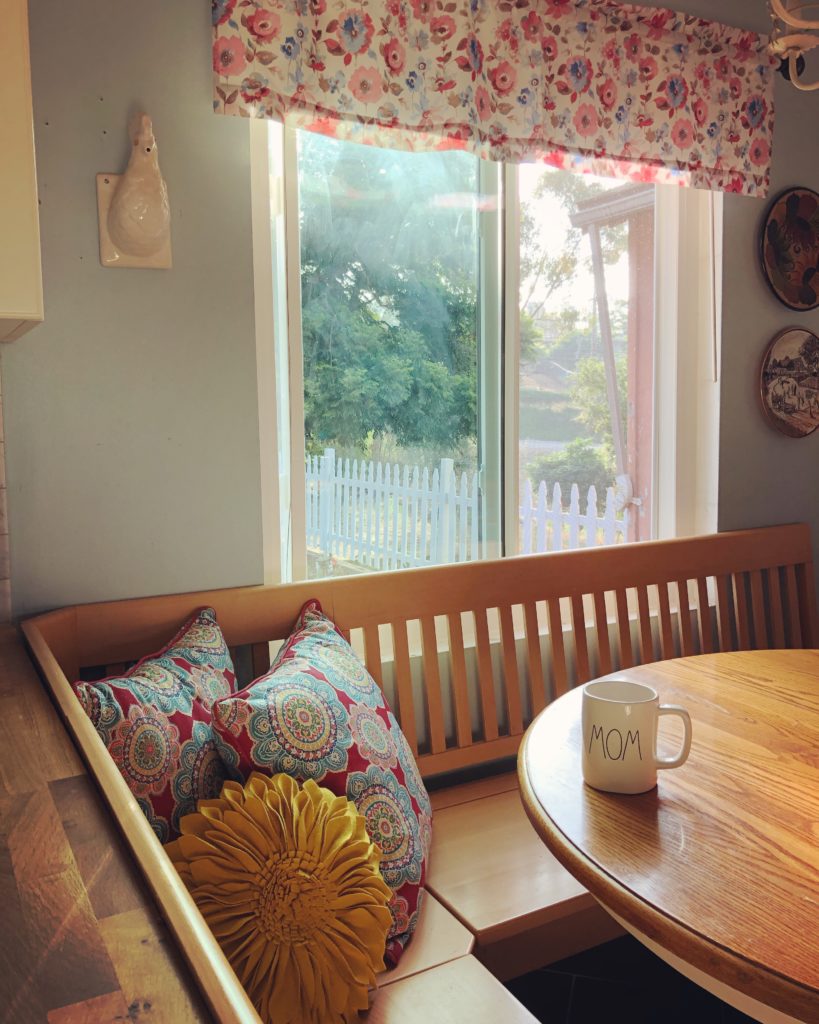 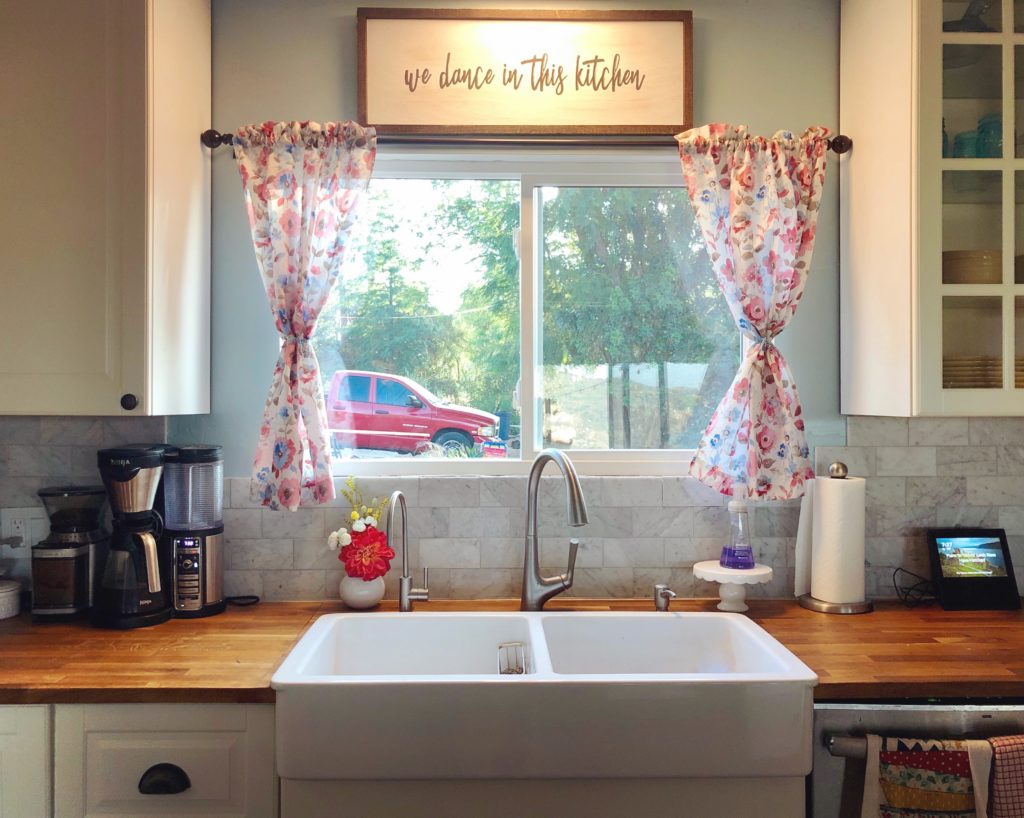 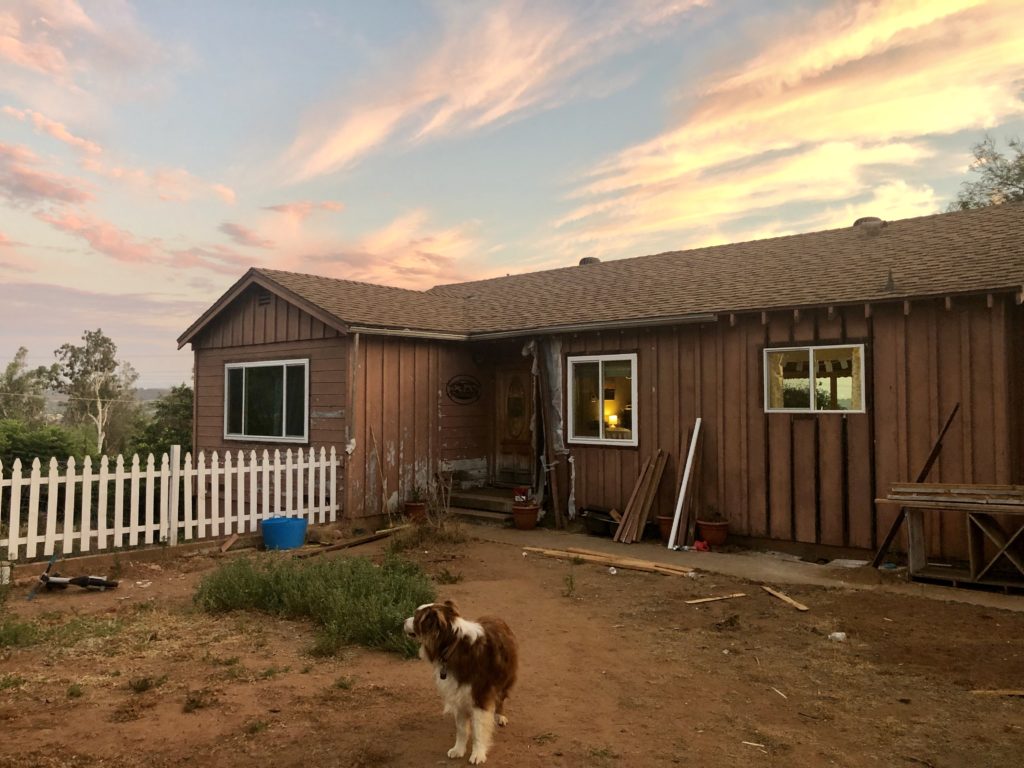