Alright, thankfully for this project we had some help!  Nathaniel’s dad, Ken, is a tile contractor so naturally we wanted to do some really cool tile throughout the house.  We decided on a herringbone pattern (the idea came from the Pinterest of course) with grey tile.  We absolutely love how it is turning out!  You wouldn’t believe how it makes the house look.

Here’s a little bit of the process, Ken did the majority of the work, but I managed to catch a few pics of how it all went down (literally).  🙂

First the “hardibacker” cement boards (or as I like to call it, “backer board things” I just can’t seem to wrap my brain around the name, maybe because it makes no sense to me) had to be laid down and screwed in. 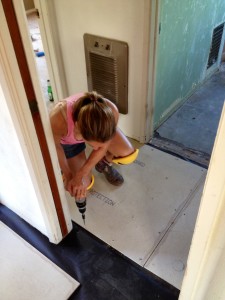 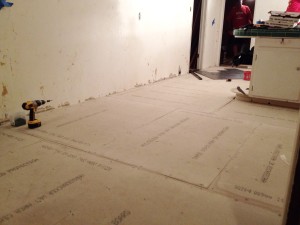 Then the tile was laid out and put in it’s place.  We decided on a thinner grout line. 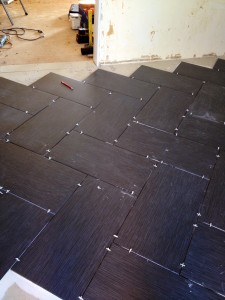 And then yesterday the grout was spread around!  We chose the color “snow white” so the lines would pop! 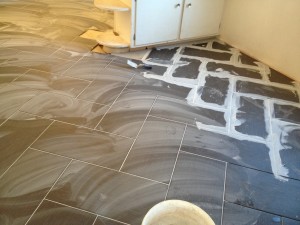 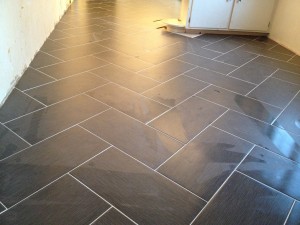 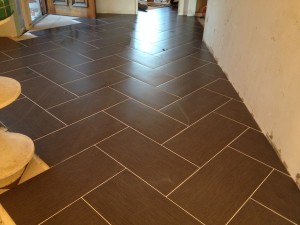