This past month has been all about the tub.  The original bathroom in our house came with some lovely green and pink tile, annnnnnd a matching pink tub! As much as we would love to bathe in a pink tub, we made the decision it was passed its prime and needed to be retired. So we stared the demo and things are coming along swimmingly. So far everything has been ripped out, Nathaniel installed all new plumbing (we’re going to have a rain shower and a regular shower head!), the seat and dam have been built, and the hardibacker is being put up.

Our idea of making the bathtub into a grand shower was an unusual one as this will result in having no bathtub in either of the bathrooms.  So to solve that problem, we decided to build the dam a little higher than normal, it will be about 12 inches tall.  This will allow us to fill the bottom of the shower with water so when we have kids we can still bathe them without an actual tub.  We can also give Rory a bath easier too 🙂

Since Nathaniel has been the one who has been really working his tail off with this project I’ll let him explain the details in another post.  So for now here’s our progress in pictures: 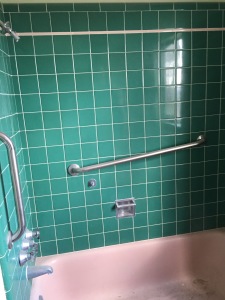 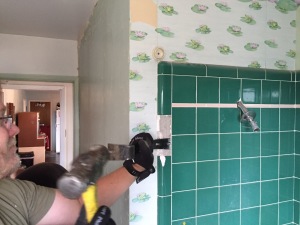 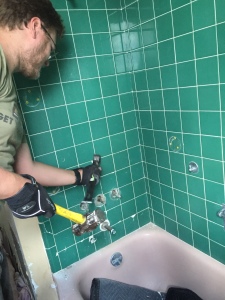 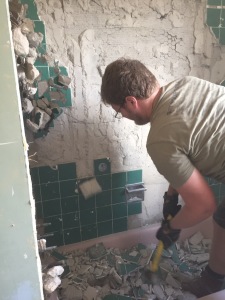 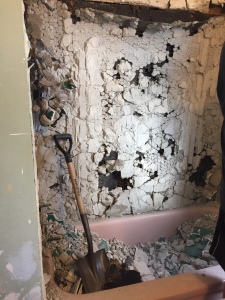 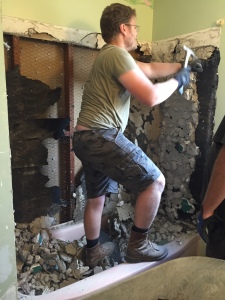 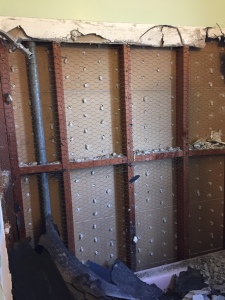 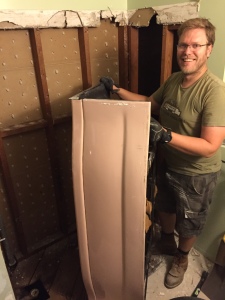 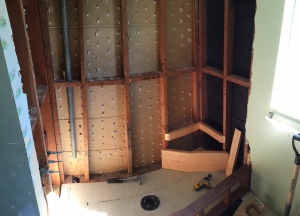 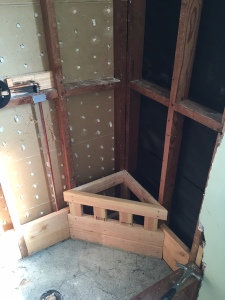 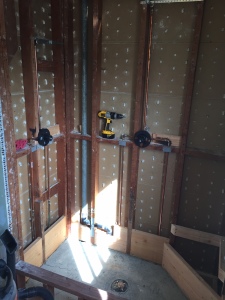 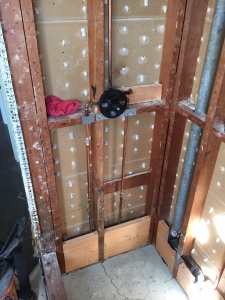 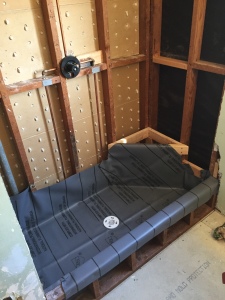 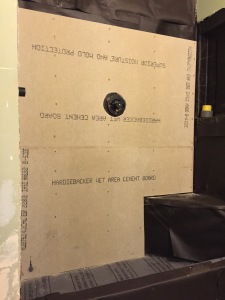